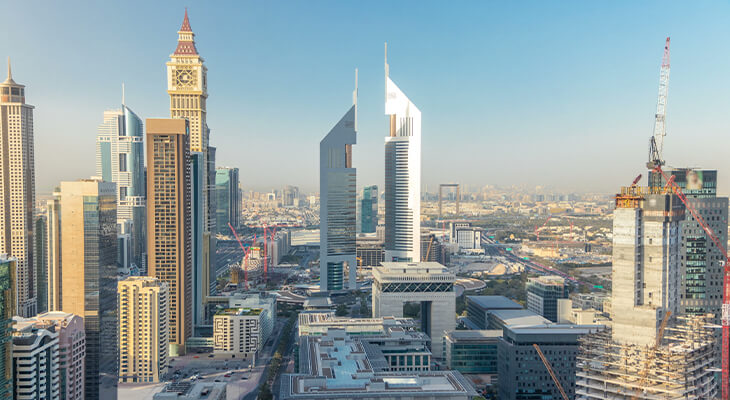 DIAC to conduct arbitrations under the erstwhile EMAC Arbitration Rules and DIFC-LCIA Rules.

On 2 March 2022, DIAC published its new Rules, which come into force today, i.e., 21 March 2022. With these new Rules, DIAC has been significantly modernised, incorporating several provisions and mechanisms that are commonly seen in institutions such as ICC, LCIA and SIAC. These include mechanisms on joinder, consolidation, prima facie jurisdictional decisions, significant leeway for virtual hearings, expedited procedures, etc. We discuss some of the more notable innovations in the DIAC Rules below.

“17.2. … The Tribunal shall also ensure that the arbitration is conducted expeditiously, diligently and in a cost-efficient manner. This may include making determinations of issues on a preliminary basis, determinations on documentary evidence alone, limiting disclosure or written submissions of the parties, limiting the extent of expert evidence and/or encouraging experts to agree on certain issues.”

In line with this and keeping with the trend with institutions like LCIA and ICC, Article 7 of the Rules incorporates the novel mechanism allowing tribunals to refuse a change in a party’s representation at a belated stage of the arbitration, if such change creates a potential conflict of interest with the tribunal. This mechanism brings efficiency on equal footing with a party’s right to representation.

Lastly in this regard, the Rules provide a boldly short time-limit of 6 months for the tribunal to issue its final award. This time-limit can only be extended by written agreement between the parties, or by a decision of the DIAC Arbitration Court.

Cumulatively, the Rules appear to be quite promising in terms of offering efficient arbitrations to parties.

Conflict between parties’ arbitration agreement and the DIAC Rules

A surprising provision is that where the parties’ arbitration agreement is inconsistent with DIAC Rules, DIAC Rules shall take precedence. On the one hand, this prevents situations in which parties may end up creating anomalous hybrid derivations of institutional rules by poorly drafted arbitration agreements. However, this provision may also give rise to complicated questions before courts on the exercise of party autonomy, with potentially conflicting views.

In keeping with the increasing adoption of third-party funding, the text of the Rules explicitly addresses it going beyond institutions such as SIAC who have only sought to address third-party funding through practice directions. The Rules mandate prompt disclosure of any third-party funding arrangement entered into by a party at any time, including details of the identity of the funder and its commitment to adverse costs liability. The tribunal is also authorised to take such arrangements into account while apportioning costs.

At the same time, in a bold move, the Rules directly prohibit a party from entering into any third-party funding arrangement if there is a conflict of interest between the funder and any member of the tribunal.

The Rules introduce an alternative process for appointing arbitrators, for situations when parties do not have a mechanism in their agreements or cannot agree on arbitrator. In such cases, on notification, DIAC will suggest at least three candidates, inviting the parties to list all the candidates by order of preference, and taking note of the parties’ mutual preference, will invite candidates to accept appointment.

Some questions remain unanswered. It has been reported that all but one DIFC-LCIA staff has resigned, and DIAC has so far only announced the appointment of its new Registrar.2 Moreover, one member of the DIAC Court is also a sitting judge of the DIFC Court of Appeal, which may result in his need to recuse himself from DIAC-originating applications before DIFC Courts.3 Additionally, the new fee schedule, in line with the new Rules, is yet to be released, making it difficult for parties to estimate their costs.

At the same time, while the Decree transposed arbitrations currently governed by the rules of the abolished Emirates Maritime Arbitration Centre and DIFC-LCIA to DIAC, DIAC Rules themselves are silent on this. However, DIAC has reportedly now confirmed that, in compliance with the Decree, with effect from 21 March 2022, it will administer arbitration proceedings for disputes arising out of agreements referring to the rules of the centres abolished by the Decree.4

The Rules are an extremely positive development, not only modernising DIAC as an institution, but more importantly, marking the end of the uncertainty brought about by the Decree in the last six months.

1This provision appears to be inspired by Article 17B of the UNCITRAL Model Law, as amended in 2006.