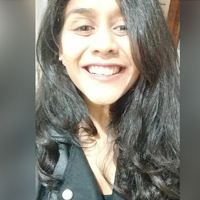 Jimisha is a counsel at Singularity Legal. She specialises in advising energy & resources companies, private equities and institutional investors in frauds and investigations, and their shareholder and joint venture disputes, operational disputes and sovereign disputes. She also represents cryptocurrency investors for recovery.

Her range of experience includes advising clients in international arbitrations under various rules like ICC, JAMS, and SIAC; international mediations administered by SMC; in cross-border disputes before courts in India, Indonesia, Singapore, United States of America, and United Arab Emirates; and in investment treaty and commercial disputes. She keeps a keen interest in the law of radical technologies and businesses.

• Representing a Singaporean and an Indian company in an arbitration concerning breach of a consortium greement for a rig conversion project against an Abu Dhabi shipyard (SIAC Rules, Singapore seated, Singapore law)

• Representing two Singaporean companies in an arbitration against its ex-managing director of the oil and gas division and his companies for breach of fiduciary duties and non-compete agreement (SIAC Rules, Singapore seated, Singapore law)

• Advising a Singaporean company in its dispute with a Dubai company, arising out of non-payment of dues under a coal trading contract (SIAC Rules, Singapore seated, Singapore law)

• Representing a Singaporean and an Indian company in an ad-hoc arbitration concerning termination of a contract for conversion of a mobile offshore drilling unit to a mobile offshore production unit, against an Indian state-owned enterprise. (India seated, Indian law)

• Representing an Indian company against its project manager in an ad-hoc arbitration for refund of advances under a profit-sharing agreement. (India seated, Indian Law)

• Advising an Indian investor in its dispute related to its investment in construction of a technology park in India against the majority shareholder for fraud and oppression (India seated, Indian law)

• Representing two HNIs and an Indian company in a debt recovery proceeding by an Indian non-banking financial institution under a facility agreement. (India seated, Indian law)

• Representing one of the world's largest financial consulting firms in its dispute with an Indian company for non-payment of fees.

• Advising an Indian public bank on overseas debt recovery from a UAE and an Indian company and its guarantors.

• Representing an Australian HNI investor in his investment treaty dispute against a state entity.

• Advising an American company, one of the largest trading houses in the world, in cross-border white collar and regulatory dispute relating to the Rotomac scam in India.