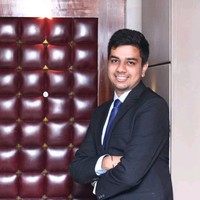 Sanchit is a counsel at Singularity Legal. He specialises in advising shipping and insurance, sports and entertainment and energy and infrastructure companies, in their shareholder and joint venture disputes, operational disputes and sovereign disputes. He also represents athletes and sports federations in anti-doping and other sports disputes.

His range of experience includes advising clients in international arbitrations under various rules like SIAC; and in cross-border disputes before courts in India, Singapore and United Kingdom.

• Representing a Singaporean and an Indian company in an ad-hoc arbitration concerning termination of a contract for conversion of a mobile offshore drilling unit to a mobile offshore production unit, against an Indian state-owned enterprise (India seated, Indian law)

• Representing two Indian companies in an arbitration under joint venture agreement for the construction of a thermal power plant against a Korean sovereign company (SIAC Rules, Singapore seated, Indian Law)

• Representing an Indian company against its project manager in an ad-hoc arbitration for refund of advances under a profit-sharing agreement (India seated, Indian law

• Representing two Singaporean companies in an arbitration against its ex-managing director of the oil and gas division and his companies for breach of fiduciary duties and non-compete agreement (SIAC Rules, Singapore seated, Singapore law)

• Advising a global litigation funder for its investment in a dispute concerning the construction of an oil-&- gas project in Saudi Arabia (ICC Rules, London seated, Saudi law)

• Representing a minority shareholder in a dispute against Indian real estate developer and a private equity companies involved in the development of a technology park, in an investigation for fraud and oppression. (India seated, Indian law)

• Advising an Indian investor in his dispute against the English joint venture partner with respect to his investment in an English bespoke jewelry designing software company (UK High Court, Queen's Bench Commercial Division)

• Advising an Indian company in an insurance litigation against an Indian underwriter under a hull and machinery insurance policy (UK High Court, Queen’s Bench Division)

• Advising an Indian company in relation to its liability for removal of a shipwreck under the Merchant Shipping Act, 1958 before the Directorate General of Shipping.

• Advising an Indian MSME in its dispute against an American pharmaceutical company under a contract for the supply of manufacturing equipment (India seated, Pennsylvania law)

• Advising several Canadian and US individuals in relation to class action proceedings against a leading cryptocurrency exchange for the latter's involvement in an arbitrage fraud (US Courts, US law)

• Advising an Indian public bank on overseas debt recovery from a global group of companies and its promoters.

• Advising a Singaporean company on its agreement for the design and construction of five hospital buildings and the supply of medical and non-medical equipment in Côte d'Ivoire.

• Advising a litigation funder on entry strategies into and structures for the Indian market.